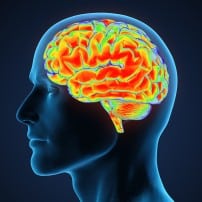 Traumatic brain injuries are common personal injuries that are under-diagnosed and little understood. According to the Centers for Disease Control, more than 1.5 million people suffer a brain injury every year and brain injury contributes to almost one-third of all personal injury-related deaths. About 17% of brain injuries occur in auto accidents. But, slip and fall accidents, assaults and athletic activities are other common brain injury instigators.

Traumatic brain injury (TBI), mild traumatic brain injury (MTBI) and concussion are all terms for what happens to the brain when a person sustains a blow to the head. These injuries can be hard to diagnose. Unlike an injury to an arm or a leg, after which a bruise or abrasion is visible to the naked eye, a bruise to the brain remains hidden inside the skull. Outward symptoms of a brain injury can develop quickly or may evolve across days and weeks. Symptoms can be as severe as a blackout or coma, or so mild that they are barely noticeable.

Mild symptoms of a brain injury need to be taken as seriously as more severe symptoms. A blow to the head can result in brain swelling or internal bleeding, the results of which can be catastrophic — even deadly — if not treated immediately or properly.

In a best-case-scenario after a brain injury, the patient heals over time and all brain functions return to normal. Unfortunately, many brain injury cases don’t turn out that way. Closed head injuries can leave a lifetime of symptoms like personality changes, emotional difficulties and depression. Memory, muscle control, logical thinking skills and speaking abilities are also frequently affected.

It can be very difficult to argue a personal injury case in which the victim suffers from a brain injury. It may require many experts to convince an insurance agency or jury of the validity of this so-called “invisible” injury. But The Insiders of The McMahan Law Firm are ready to tell the story of how you or your loved one’s life was affected by an accident that caused a brain injury.